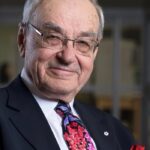 The two most common neurological disorders, stroke and dementia are preventable to different degrees and most others can be made less likely or less severe through the promotion of brain health. Neurological disorders have become the leading cause of disability adjusted life years (DALY’s) a joint measure of premature death and disability. More than half, 58.2% result from stroke and dementia that are increasing worldwide.

The problem and the promise

Stroke means the sudden loss of speech, movement or feeling of a part of the body due to a blockage or a bursting of a brain blood vessel. Dementia means the loss of the ability to think, remember, or both – leading to helplessness. Stroke and dementia arise from many causes, a proportion being preventable, about 80% for stroke and 40% for dementia. The risk and protective factors are similar for both and for coronary heart disease, the commonest type of cardiac problem. These include environment, such as air pollution, social and economic factors such as low education, unhealthy occupations, low income and individual risk factors such as high blood pressure, unhealthy diets, and lack of exercise. The same factors also contribute to the risk of less common neurological conditions, such as Parkinson’s disease and bipolar disorders.

Although a number of neurological conditions remain untreatable, growing evidence suggests that maintaining good overall health and enriching our environments can lessen the severity and/or slow the progression of most neurological diseases.

The need for a comprehensive, targeted, value worthy approach

While stroke and dementia are increasing globally, largely because of the aging of the world’s population, the number of cases per 1000 (incidence) are decreasing in high income countries. In the province of Ontario, Canada, population of 14 million, we showed that over 12 years the incidence of stroke declined by 32% of dementia by 7%. This means that tens of thousands of individuals were spared the tragedy of stroke or dementia and their dire personal, social and economic consequences. We do not know how or why, but we are finding out.

We are looking at all factors together: environmental, social, economic and individual risk and protective factors. We will map areas in Canada where stroke, dementia and heart disease are common, areas where they are less common, identify the differences and help apply the lessons Canada wide and beyond.

The approach needs to be a comprehensive, considering all relevant factors at once, targeted to address the major risk in a particular area or individual, that can vary considerably within a country and among individuals. The approach also needs to be investment worthy meaning that the return for funding or effort will be foremost among other good causes, resources or time.

This approach applies to populations as well as individuals.  Too often recommendations are made globally or country wide as if the main problems were the same everywhere.  Great differences exist among low, middle and high income countries and even within a country.  Canada is a big small country in that its 38 million inhabitants cluster in the south, 85% of the Canadian population living within 100 miles (161 km) of the American border.  The problems and solutions vary not only from north to south but east to west; Atlantic (Eastern) Canada having the highest incidence of strokes and British Columbia, bordering on the Pacific, the lowest.

The brain health initiatives need to be addressed at the level of actionable units.  In most countries this means at a health administrative units or districts and for the individual, their immediate circle-family, friends and/or co-workers. An old African proverb states: “If you want to go fast, go alone.  If you want to go far, go together.”

The best protection against neurological disorders lies not only in controlling risk factors but promoting brain health. This means not only the absence of disease, but “A state of complete physical, mental and social wellbeing through a full, balanced, continuous development and exercise of the brain”.

Development of the brain does not stop with adulthood. The brain continuously reshapes itself through actions, interactions and learning. Continuous development depends on exercising the brain not only intellectually but emotionally and socially. Champion tennis players illustrate the point, exercising thinking and ‘strategy’, controlling their emotions at the same time as keeping the passion to win and being influenced by the nature and reactions of the spectators. Empty stands and television cannot recreate the excitement of a cheering crowd. The pandemic is demonstrating dramatically our great need for social interactions for health and well being.

We all need to be involved as patients, patient’s loved ones, doctors and citizens.  Brain health matters to all.  Fostering healthy and better brains; will assure that we build a better world.

Vladimir Hachinski, MD (Toronto), DSc (Lond), FRCPC, FRSC, is a Distinguished University Professor, Western University, Canada. He has made major contributions to the understanding, diagnosis, treatment and prevention of stroke and dementia.  He has published 18 books and over 850 scientific articles. He was President of the World Federation of Neurology. He introduced the concept of vascular cognitive impairment-the vascular treatable and preventable component of most dementias and devised a method of identifying it (an ischemic score). In 2017 he received the Prince Mahidol Award in Public Health. He leads a Dementia Prevention/Brain Health Initiative.