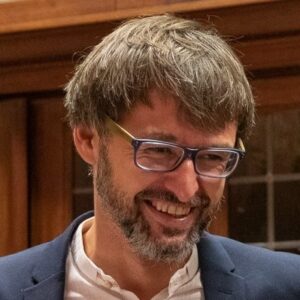 Neurology is one of the main medical specialities. Neurological disorders, of which there are over 400, exert a huge burden on our societies. Yet, until recently, neurological disorders have not been identified as a distinct disease group with overarching characteristics, similar to the collective approach taken to diseases like cancers.

While there exist several highly prevalent brain infections like meningitis or encephalitis, the majority of neurological disorders fall into the category of non-communicable diseases. NCDs, also known as non- infectious or chronic diseases, are not transferred from person to person. Instead, they are typically caused by genetic, environmental, or life-style risk factors. Unfortunately, most neurological NCDs are not fully treatable yet. In the absence of cure, most often they require long term chronic management, sometimes from childhood to old age.

Overall, NCDs are responsible for the vast majority of preventable deaths in the world (71%). In the last decade, global leaders prioritized the four major NCDs that were said to account for the biggest share of these preventable deaths: cancer, cardiovascular disorders, diabetes and respiratory disease. However, we now know that neurological disorders are the second leading cause of deaths globally, with stroke and Alzheimer’s disease responsible for the biggest share of neurological mortality.

Therefore, at the UN High-Level meeting in 2018, all Heads of State and Government endorsed a Political Declaration on NCDs, recognizing this high burden. Consequently, neurological disorders, alongside mental health, were included as the “5th NCD”, effectively becoming one of the major priority areas in the global health.

Nonetheless, until recently, WHO has been addressing neurology as part of its work on mental health conditions. Unfortunately, this has been reinforcing misperceptions, significantly reducing visibility of neurological disorders and often resulting in mere lip service being paid to the field, as part of mental health oriented actions. Thus, even after the 2018 High-Level meeting, insufficient priority has been given to neurology within the WHO, its member states and the global population.

Neurological disorders should be always explicitly listed when WHO talks about priority NCDs. This includes stroke. In an era of shifting global agendas and the fast-growing burden of NCDs, sound and up-to-date evidence on disease burden and associated trends is essential to inform public health policy and healthcare delivery. Given the reclassification of stroke as a neurological disorder in ICD11, the WHO should accelerate efforts leading to a full integration of stroke into neurological health, to align with the latest scientific evidence and clinical practice. This includes the way that the data on burden is presented. We cannot run the risk of skewing the statistics and, as such, put in jeopardy the common efforts and limited public resources that should be prioritized and distributed according to the latest and most robust scientific evidence.

With all the critical developments that have been taking place in the last three years, it’s becoming more important than ever to :

There are positive signs indicating that it starts to happen, with the recent creation of the WHO Brain Health Unit (2020), as well as the development of the Intersectoral Global Action Plan on Epilepsy and Other Neurological Disorders – GAP (2021).

The draft GAP mentions: “Enhancing interlinkages between neurological disorders, existing WHO strategies and their accountability frameworks and other global commitments such as the UN SDGs and the UN CRPD”. This is not yet taking place as can be seen with critical instruments such as the NCD implementation roadmap for 2023-2030, which excludes neurological disorders from its scope.

Another, closely related example, refers to Sustainable Development Agenda and related goal SDG 3.4 that aims to reduce premature mortality from NCDs. Now that the evidence shows that neurological disorders are the second leading cause of deaths globally, it is key to urgently and fully include neurological health in all efforts related to SDG 3.4. It is unrealistic to move towards meeting these targets without placing neurology centrally.

Last, but not least, given the high burden also coming from infectious neurological diseases, and bearing in mind that they can cause neurological impairment, infectious disease linkages with the NCD agenda are essential.

The GAP is strategically bringing together both non-communicable and communicable neurological disorders. In a run up to the GAP adoption and throughout its implementation, the WHO Brain Health Unit will have an instrumental role to play. It will be strategically placed to liaise internally with other WHO departments, to align and link up neurology with work on NCDs, infectious diseases, and many other relevant portfolios.

Tadeusz Hawrot joined EFNA as Senior Advocacy Coordinator in 2018.
Tadeusz has spent more than a decade working in the EU environment, including nine years at the European Brain Council.
His relevant academic background include a post-graduate degree in Public Relations from the Warsaw School of Economics.